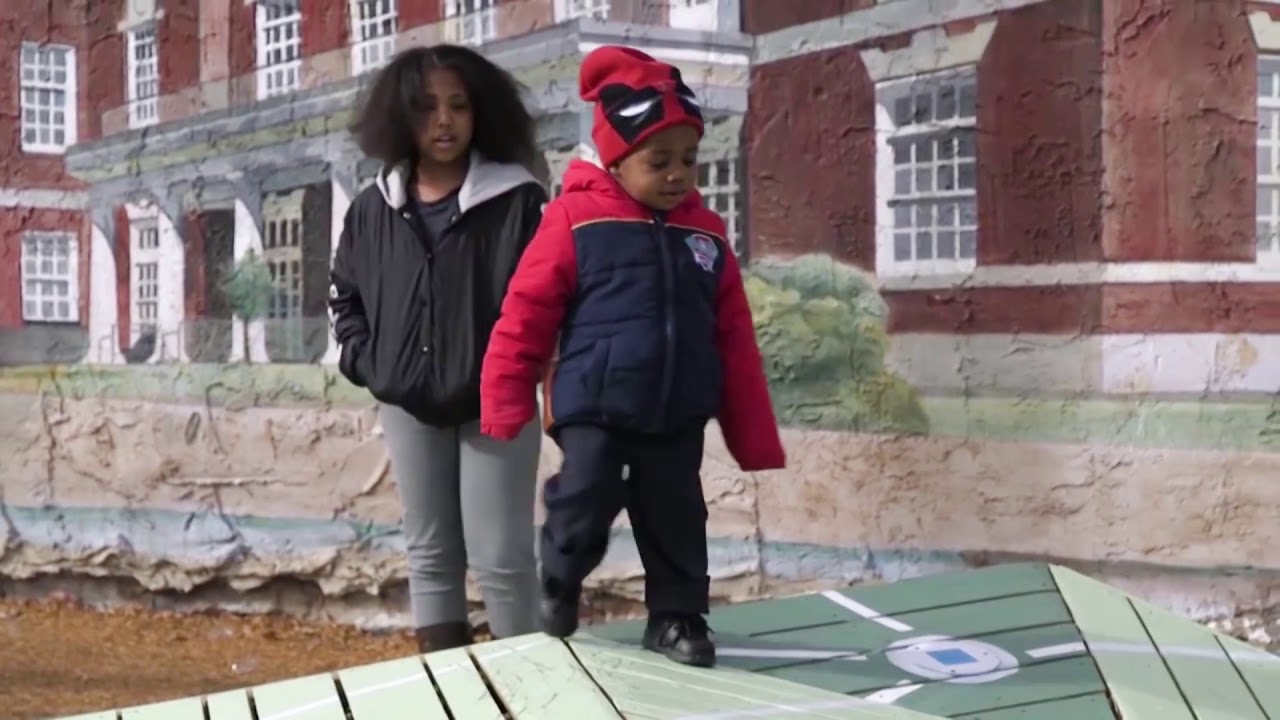 PHILADELPHIA, Pa. (Ivanhoe Newswire) — Academic research suggests that children from lower income families hear fewer words than their more advantaged peers, by the time they head to kindergarten. This can put these kids behind in the critical preschool skills of pre-literacy, spatial understanding and math. Now a cutting-edge project called Learning Landscapes aims to close this gap by transforming urban spaces into playful learning opportunities.

Imagine a safe area to play and learn that was once empty, urban space. Enter playful Learning Landscapes, a global project revolutionizing public spaces by turning them into playful learning hubs.

Kathy Hirsh-Pasek, PhD, a professor of psychology at Temple University, asked,  “What if I made a wall behind a bench and that wall had puzzles on it? Could we put cognitive learning science into the architecture?”

Martin Luther King, Jr., once gave a speech for the Freedom March on this once empty lot. Now it’s an experiential play zone shown by researchers to stimulate learning.

“We know that kids who have good executive function skills — attention, memory, flexibility, impulse control — they do better in school,” detailed Hirsh-Pasek.

Some of these play spaces involve kinesthetic learning, meaning the kids and movement become part of the learning landscape. This game is called Parkopolis, and is a whole-body experience. Even the dice are changed to show fractions instead of whole numbers. That encourages children and their parents to talk about numbers, a key element in early math success.

“It’s the idea that when you have your whole body involved in this learning experience, that you’re more likely to retain what you’re learning,” said Andres Bustamante, a post-doctoral research fellow.

Social scientists say parents can find learning opportunities even on a trip to the store as a math learning opportunity at the cash register. When you see a vibrant mural, start talking and let your child finish the story, enriching his vocabulary.

Thank you to Harvard University’s Center on the Developing Child for allowing use of their Urban Thinkscape footage.